Skip to content
The Carters Still Reign: Everything Is Love Review
Music

EVERYTHING IS LOVE is a fluid album that caters to a young generation whiles still providing class and quality for the so called “old heads”. Songs like NICE and APESH–T will no doubt have you going bananas in the club, while 713 and FRIENDS, include a familiar sample and lyrics that will keep you conscious.

It’s a sweet balance that’s been carved by the world’s biggest power couple: THE CARTERS.

This intro is as smooth as the pebbles found on the on the beach Jay and Bey were laying in when they made love.

808’s aside, the instrumentation of SUMMER with its horns, keys, drums, bass, strings, and Bey’s vocals intertwine and flow on the shore of the beat. Bey’s performance puts to anyone who doubted her strong vocal capabilities to shame as she hits several different ranges throughout the song.

Speaking of range, note the emphasis on “Blue”. It’s used as a double entendre throughout, as Jay and Bey have a daughter by the same name.

Jay’s rapping is sharp, and his lyrical content paints a vivid contrast of where he used to be to where he is today. He makes references to Beach Is Better with his opening line, and later to Partition with making love on the seats.

It’s a strong opening for the Carters, slightly awkward that the listener is made to partake in their affairs, but it doesn’t go too far.

We transition to the most controversial song on the album. There’s a camp that feels Jay and Bey are too old to ride in this lane, like it’s a crime that they would make a song that caters to the charts.

When I first heard the song I had similar feelings, but after actually listening to the song those feelings dissipated. Bey rapping not only shows off how talented of an individual she is, but it’s genuinely fun to hear her spit her flavour on a Migo’s reference track and she handles the hook with ease.

Quick note, right before Jay’s verse you can still hear Takeoff yell “OFFSET!” in the background.

Jay starts off strong giving props to Chief Keef’s infamous Faneto track, the second shout out Keef has received from Jay, and his unparalleled level of bragging about how the biggest sporting event in the world needs him and not the other way around is something no other artist could pull off.

My only gripe comes in the form of Patek Phillipes. Can we as a culture retire them already?

Self explanatory song here. The Carters remind us of their legendary status on a contemporary beat. What really speaks volumes are the subtle shots they take. Is Jay referring to Ye when he says,

“N—-s rather work for the man than to work with me, just so they can pretend they on my level; that shit is irkin’ to me.”

Or are the jabs directed at Drake? Or is it both? Personally I think the verse is directed at both and could swing either way.

Bey also follows suit, but it’s unclear at whom when she says, “My great-great-grandchildren already rich, that’s a lot of brown chil’ren on your Forbes list.”

Her pronunciation of children makes me think it’s just a shot at white supremacy in general, but it could also just be a stunt bar for the sake of the song, so maybe it’s a reach.

Regardless, this song bumps and it’s in rotation.

Fandom for this song was non existent on my first listen, particularly due to the fact that I’m not a fan of repetitive hooks. However, an empowering hook that’s catchy is almost impossible to dislike, and Pharrell’s primal wolf cry in the background is hypnotic.

While the hook appears to be contradictory, I actually think Pharrell and Beyonce are singing “L-naw” instead of “hell naw” meaning they never lose.

Jay’s verse comes in flawless. His flow and delivery are impeccable which is telling for an almost 50 year old rapper. Bey’s got bars too.

“I ain’t never seen a ceiling in my whole life, that’s word to Blue! Freestyling live, Blueprint from my Jigga who never writes,” her stunt for Blue feels spiritual on top of back-to-back double entendres. 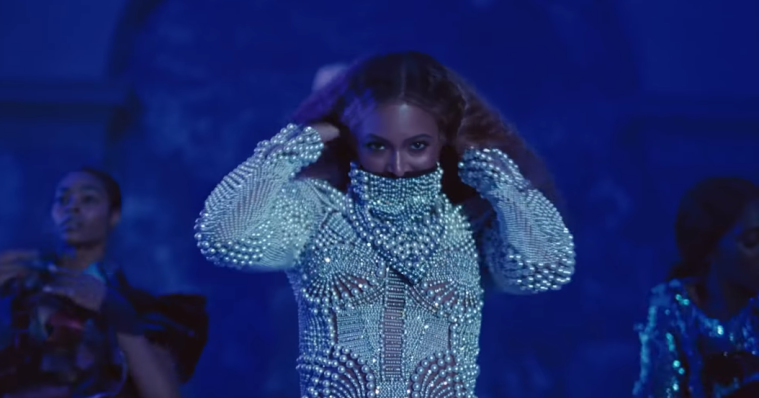 Off rip, this track bangs like Mike Breen in the Finals: making it the hardest beat on the album. Bey’s interpolation of Still Dre entwined with the love for her city hits every nostalgic nerve.

Jay spits his verse about the first time he met Bey and how he knew she would be his queen. He explains that he had to navigate the situation carefully before shooting his shot.

The fact he raps a love song on a beat like this is some of the swaggiest-ish I’ve ever seen. Pure dope.

Lots of people claim to have ride-or-dies, but the Carters really have them. These are friends Jay & Bey can depend on in any situation and add value to their lives. Without them, they likely would not have reached the levels of success that they currently hold.

That’s the message they are trying to convey it’s just masked under, my friends > your friends.

Jay also takes some time out to address one of his oldest friends, Kanye, on why he couldn’t attend the wedding when his own house was falling apart. And it’s a valid response seeing as a wedding is the last place you’d want to be after having affair.

This is his best verse on the album and  I could write a whole piece on how dope this verse is, but to save you the time, just peep the imagery he uses to talk about loyalty/disloyalty and how his friends are family.

HEARD ABOUT US is the antithesis to FRIENDS when it comes to rankings of the album. It’s not a bad song, it’s genuinely well constructed, it’s just a bland topic about how dope they are, also Bey mentions Pateks again…

Jay spices things up with the allegations of his alleged son, but the way he closes out his verse is mad extra when he comes back on the hook saying “It’s Beyonce n—a” like we didn’t already know that.

I could do without it, but I will say Bey has top 3 skrrt skrrt’s in the game. They’re angelic.

The essence of blackness is strong on this one. BLACK EFFECT serves various parts of the black American experience through Jay Z’s life experiences. The hook alone touches on the civil rights movement (“see my vision with a TEC(tech), I’m Malcolm X), police brutality (“put your hands up high like a false arrest), and poverty (I’m good on any MLK boulevard).

“Extra magazine hopped on a jet with my Ebony chick, blacker than the Essence fest,”

FYI, Ebony, Jet, and Essence are all black-centric magazines.

“I will never let you shoot the nose off my Pharaoh,” which refers to the theory that the nose on the Sphinx in Egypt was shot off by Napoleon’s soldiers. In essence, she’s stating she’ll never change who she is.

LOVEHAPPY speaks on the troubles Bey and Jay had in their marriage, but despite that, they persevered through their pain.

The back and forth rapping between the Carters works on two levels. Not only is it done well when the two show playful banter as Jay tells her to chill and later laughs off her aggressive thoughts, but a back-and-forth in a relationship is generally an argument; yet here they’ve made up, so it also represents their growth.

They form a unit in the “beef” with Kanye as Jay mentions having to move the family out West, and Bey follows up by calling herself Beysus before claiming “Watch the thrones.”