Skip to content
Jesus Is King Review: Is Kanye Worth Listening To?
Music

Note: As of writing this review Jesus Is King has been edited since it’s release.

Admitting you like Kanye West in 2019, is akin to confessing that you still watch Jersey Shore. Sure, at one point it was cool and no one would bat an eye at the claim, but today it’s more likely to evoke feelings of embarrassment.

So much so that it’s often prefaced with “I’m just a fan of his music” as to not appear to be in full support of West and his antics. Some of those antics include his assessment that “slavery was a choice” and his support for a Trump led Republican party.

West, who owns his own brand, has ventured off on a new journey that has evoked a new version of egotism, but at the same time led him back to revere Jesus. Prior to the release of his latest studio album, fans were led to believe that YANDHI was West’s next release.

But with the rediscovering of his faith through his weekly Sunday Services; a gathering of friends who listen to gospel led music, West pivoted through the influence of God and delivered Jesus Is King. 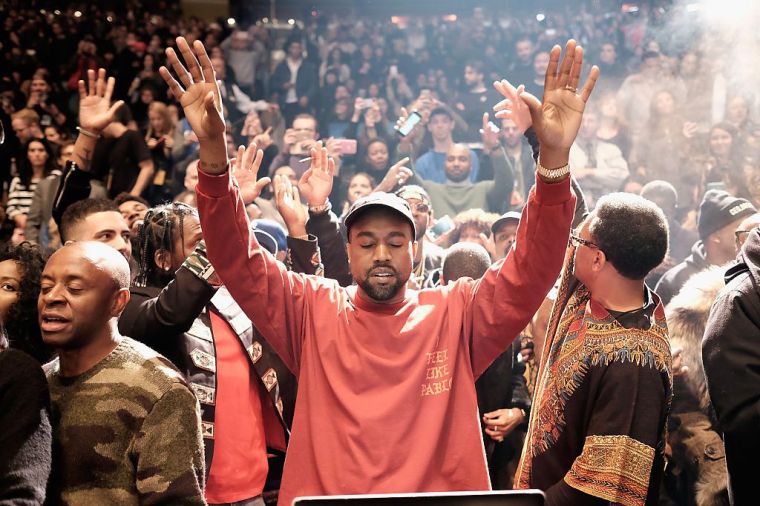 Jesus Is King opens up exceptionally well to the tune of Every Hour which features the Sunday Service choir. West does not make a vocal appearance, but his production prints are on full display.

Every Hour sets up the tone of the album, but also creates high expectations for what’s in store for listeners that are largely not lived up to. The intro ends abruptly, with no care given to the construction of the album which is an issue that is found all throughout Jesus Is King.

It’s disappointing to see West, who used to pride himself on perfection, forego the details to attention that made his previous works timeless.

Following an eccentric intro, we’re presented with a slow and lyrically bland track titled Selah. Once again, the production is captivating, but the song demonstrates another issue that plagues the album: lyricism.

While West is no longer known for his lyrical quality, his rapping here is well below what fans are used to. The self-proclaimed greatest human artist of all-time fails to rap on beat at times and despite a boastful tone, his impact falls flat making for a forgettable song.

Further issues are not to far off. For example, Closed On Sunday presents one of the worst lyrics on the album (and possibly of the year). West consciously chose to place “closed on Sunday you my Chick-Fil-A,” as the repeating opening bars of the chorus. One that turns off the listener almost immediately.

Additionally on the seventh track, Water, West delivers one his most uninspired and bland flows as he requests the help of Jesus  in repetition. It’s an ugly contrast to Ant Clemons’ beautifully delivered chorus.

This is followed by the worst vocal performance on the album. West sings God Is in a raw and rugged pitch, which could be seen as him showing off his vulnerability in the presence of the Lord. However, it’s delivered so poorly that it makes for an excruciating listen.

This isn’t helped by the fact that the album is largely mixed and mastered poorly which affects the overall quality of the music.

However, Jesus Is King isn’t all bad. There are some well crafted songs that demonstrate West’s musical genius that elevated his career.

Follow God proves that Kanye’s rapping ability is still adequate and adaptable to this new era. The song starts off with a classic in West’s arsenal; a sample of a classic song flipped on a new beat. It’s a well crafted song all the way through.

On God also has an upbeat vibe with good rapping. West even delivers some lyricism as he raps about how we need for the 13th amendment to be ended. This is in reference to the second part of the amendment that makes incarceration legal slavery.

Despite criticism for Closed On Sunday, there are elements, mostly the production, that salvage the rest of the track.

The strongest songs close out the album in the form of Hands On and Use This Gospel. Both demonstrate what the album could have been if West had decided to take his time to craft an album rather than a compilation of assorted songs that lack cohesiveness.

Use This Gospel reinstates the legendary Hip-Hop duo the Clipse, consisting of Pusha T and his brother No Malice, who do not miss a beat and deliver short, but well crafted verses. Renowned saxophonist Kenny G also gives an incredible sax solo that brings the song and album to a climactic end.

While Jesus Is King is influenced by West’s re-discovery of Christianity and in part his new political views, the album is still Hip-Hop at heart. As a whole the album falters on many fronts, in ways that fans are not used to seeing from Mr. West.

The album’s only saving grace comes from the album’s features and West’s production.

However, it’s plagued by poor lyrics, terrible mixing, uninspired flows, and lacklustre sequencing that creates a dull listening experience and conveys this album as a potential cash grab from Kanye’s new Sunday services.  It’s a lazy delivery that needed more time to be corrected before being released.

Despite great sales, it’s apparent West’s focus isn’t on music these days and the album suffers as a result. It’s hard to foresee this album living longer than a month in today’s streaming era.