It’s been a disastrous week for the Barbs as their beloved superstar, Nicki Minaj, took to Twitter to announce that she was retiring from rap and would focus on starting a family.

This abrupt announcement was unforeseen and brought about shock waves in the rap industry. Celebrities 50 Cent and Queen Latifah chimed in, with the former saying he hopes it’s a break, and the latter believing that she’ll eventually be back.

Despite Nicki’s tweet, there’s a lot to support 50′ and Latifah’s sentiments, in that Nicki’s retirement is likely to be short lived. For starters, on the last episode of Queen Radio (Nicki’s Beats1 radio show), she revealed to fans that she’s been working on a new album that would be released within the time frame of her wedding.

On that same episode she had also revealed that she acquired a marriage license with her boyfriend Ken Perry, and a more traditional wedding would come about in the future. Therefore, new music is still to be expected from Nicki despite her tweet about retirement.

Take into consideration that, according to Nicki, the album she’s been working on has been executive produced by one of the most iconic names in Hip-Hop. While that name has been kept under wraps, retirement would be a detriment to all the hard work and time that both parties have put into this body of work. 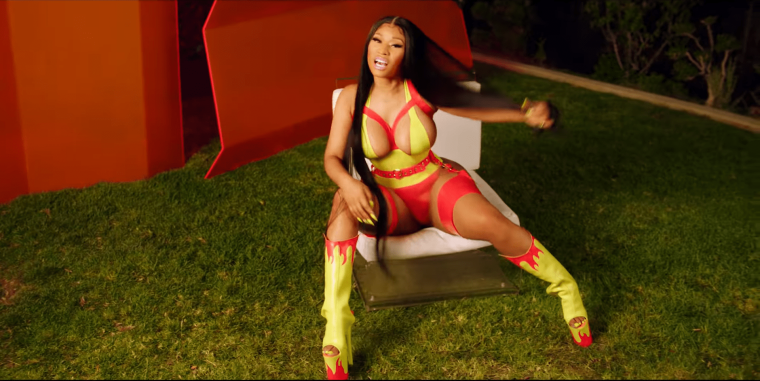 Additionally, Nicki has shown no signs of slowing down with the many features she’s been on recently and she recently made a change in management that would leave fans to believe that she’s looking to take her music career in a new direction with her future release.

With the limited information available about her retirement and with her new marriage, it appears Nicki just  wants to take some time off and focus on a family more so than quit music entirely. Since her original announcement Nicki has stated that all will be revealed soon.

I’m still right here. Still madly in love with you guys & you know that. In hindsight, this should’ve been a Queen Radio discussion & it will be. I promise u guys will be happy. No guests, just us talking about everything. The tweet was abrupt & insensitive, I apologize babe ♥️🙏 https://t.co/eS0oHipwtg