“Efense” is essentially what the The Toronto Raptors have been showing on the court lately, as the D has straight up disappeared in the last few games. This lack […] 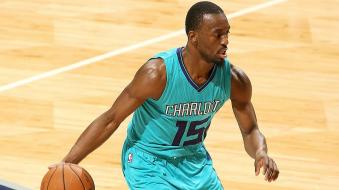 “Efense” is essentially what the The Toronto Raptors have been showing on the court lately, as the D has straight up disappeared in the last few games. This lack of defense has sent the Raptors on route to another 103-95  loss, by the hands of the depleted Charlotte Hornets. This is their 4th loss in a row after a tough end to the Western road trip, in which they got blown out by West leading Golden State Warriors and the Phoenix Suns. This is the first time in the post Gay era that the Raptors have dropped 4 straight. It’s apparent that the defensive end has been the biggest issue in the last few games. They have allowed opponents to score well over 100 in their last 3 and while fatigue may have played a role at the end of the western road trip, the loss tonight was unacceptable to come out A-cup flat. The Raptors had a good 4 days rest to prepare for the Hornets and yet they opened the game up looking like they were playing in molasses on the defensive end: allowing the Hornets to score 30 points in the 1st quarter.

The defense picked up in the 2nd, and going into the half with the lead it looked like the Raps would come out and gain control of the game, but instead the offense went about as frigid as the weather outside; going 1 for 13 from the field before ending with only 14 points in the quarter. #WeTheFourth made an appearance and made a game out of it, but they could never gain control of the game and secure the win. Instead Gerald “bald ass” Henderson showed out with 31 points. The man was possessed by the spirit of Kobe Bryant and no one could stop him. Raptors fans know there’s always that one dude in the history of the team that torches the Raptors no matter what and Gerald Henderson is one of those guys. Lowkey, I’m not even too mad he balled out, cause I have him on my fantasy team, but I would have loved for the Raptors to still pull out the win. Not to mention “The Raptor Hunter” aka Kemba Walker, also came to play and torched us with a 29 point performance. As usual he killed the Raptors defense all game by getting into the paint. Kemba even hit us with his patented step back dagger (Kemba Walker cross em over, somebody fallin Jump back, I hit the shot, somebody ballin)  right through the heart of the Raptors hopes and D, and ended all hope of a Raptors late game comeback.

This game was supposed to mark DeReturn of the Raptors 2nd Allstar, DeMar DeRozan, who has missed the past 19 games with a groin injury, but he’s gone on record saying that he wants to come back game ready with a couple more full practices under his belt. I definitely don’t blame him for that decision, because in the long run it should help the team out. The playoffs are the most important thing. Even though the Raptors are a deep team and have held the ship without captain DeMar, the ship is starting to look a little shaky and they need their captain (not Lou) back to bring some morale back to the team. Lowry has been nothing less than superb in DeMar’s absence, but even King Kyle is looking gassed. Even though he dropped 24 points to go with 7 rebounds and 7 assists, he missed a lot of easy shots he would normally make. It’s apparent he’s been putting the team on his back for too long, and DeMar’s return will definitely help this team get its confidence back. DeMar attracts so much attention that it opens up the game for everyone else. He’s no defensive juggernaut, but he’s definitely a step up from Lou and Vasquez in terms of guarding the 2 spot.

They’re still going to have to play the next few games without him and his absence should not be an excuse for the loss tonight. The team just looked fucking wack tonight. No real effort throughout the game and settled for way too many 3s. This loss is especially aggravating because of the time off they had to prepare for it and come back hungry and with a vengeance. And as fans we know that this team is capable of much better play. It’s disappointing that a defensive minded coach couldn’t get his guys to play with  a winning physical intensity all game. Valanciunas definitely should have got more minutes down the stretch to bring some protection at the rim. Casey’s been too reluctant to give him minutes down the stretch, and that only hurts the development of Valanciunas and essentially our team in the long run. Shout out to James Johnson though who played hard the whole game through. He’s been a G every game and contributes to the game in some way. Hopefully these guys can get back to their winning ways soon. A lot of teams are on the rise (“Spurs of the East” aka the Atlanta Hawks) and were looking slumped right now especially after a promising start to the season. If they don’t pick up the defense soon, this team will be in trouble. It’s on to the next though.